Reliable and high quality NGS data is a key component in genomics research. At Novogene, we use the most effective technology available from world leading providers including Illumina NovaSeq 6000, HiSeq, Oxford Nanopore, Ion Torrent and PacBio Sequel platforms. Over the years our NGS labs have developed optimized NGS processes and protocols to ensure the best possible scientific outcome for your research.

Not only do we offer state of the art NGS technology, we also have the largest sequencing capacity in the world with an annual throughput of over 280,000 human WGS samples. 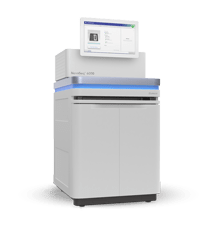 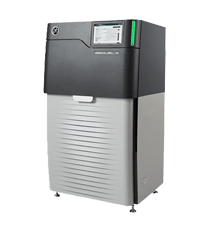 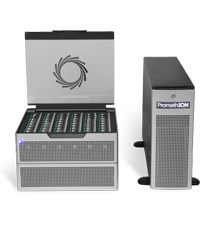 Whole Genome Sequencing is an instrumental technique that is commonly being employed to sequence the entire genomes of animals and plants, respectively, and aims at identifying genomic variations such as SNP, InDel, CNV, and SV. Whole Genome Sequencing is an ideal approach to determine the entirety of genetic information at a single nucleotide level.

Whole exome sequencing (WES) employs next-generation sequencing technology (NGS), which provides a cost-efficient alternative to whole genome sequencing (WGS). The human whole exome, composed by about 180,000 exons (protein-coding region of the genome) accounts for only 1-2% of the human genome, but up to 85% of the disease-related mutations associated with Mendelian disorders occur in these regions

Note: Values of sample amount are only listed for your reference. Download the Service Specifications and Sample Requirements to learn more. For detailed information, please contact us with your customized requests.

RNA sequencing (RNA-seq) has been transforming the study of cellular functionality, which provides researchers with an unprecedented insight into the transcriptional landscape of cells. Employing the high-throughput and accurate next-generation sequencing technique (NGS), RNA-seq reveals gene expression profiles and describes the continuous variations in the transcriptome. In the RNA-seq technique, the single-stranded messenger RNAs (mRNAs) are selectively captured or enriched, and converted to complementary DNA (cDNA) for library preparation.

Long non-Long non-coding RNAs (lncRNAs) are a moderately abundant fraction of the eukaryotic transcriptome, which are comprised of longer than 200nt non-coding RNAs (ncRNAs) , including lincRNAs (intergenic lncRNAs), intronic, anti-sense, sense and bidirectional lncRNAs, which do not encode proteins. Effects of lncRNAs show evidence on multiple cellular functions and perform as prime targets on the regulation of gene transcription, post-transcriptional modifications, and epigenetics. lncRNA sequencing (lncRNA-seq) is a powerful NGS tool to study functional roles in diverse biological processes and human diseases, such as cancer and neurological disorders.

Small RNAs (sRNAs) are short RNA molecules, usually non-coding, involved with gene silencing and the post-transcriptional regulation of gene expression. sRNA Sequencing (sRNA-seq) is a method that enables the in-depth investigation of these RNAs, in special microRNAs (miRNAs, 18-40nt in length).

Circular RNA (circRNA) is a highly stable molecule of ncRNA, in form of a covalently closed loop that lacks the 5’end caps and the 3’ poly(A) tails. The circular structure grants to circRNAs resistance against exonuclease digestion, a characteristic that can be exploited in library construction.

DNA methylation at the C5 position of cytosine plays a crucial role in gene expression and chromatin remodeling. Perturbations in methylation patterns are associated with tumorigenesis, neurodegenerative diseases and neurological disorders. Bioinformatic analysis of methylome is widely used in various research areas, including studies on gene regulation, cell differentiation, embryogenesis, aging, occurrence and development of disease, phenotypic diversity and evolution in plants and animals.

RNA immunoprecipitation sequencing (RIP-seq) is a high-throughput RNA sequencing method widely used to study Protein-RNA interactions to detect RNA interactions with the target proteins. The coupling of RIP-seq with other sequencing technologies enables the detection of a large number of RNA-protein complexes in a single run. RIP-seq provides deep insights not only into the central dogma (i.e., transcription and translation) but also in recent research areas like gene regulation by ncRNAs and RNA interference.